God wants us to understand Him. He says that through His word He has given us everything we need for belief. He does not want us to wonder about His personality or where He stands on issues.

He starts with “In the beginning God created“. Five words and the gauntlet is thrown down. He wants us to know who is the creator. He leaves no doubt. Creators have ownership. God can do what ever He wants with His creation it is His. He is not part of creation but outside of it. The universe and all it contains is His and His alone.

We want to  chose our own way, we want to be independent, our own boss.  A young child proclaims mankind’s tendency when he stomps his foot and says angrily, to an adult, “you are not the boss of me!” 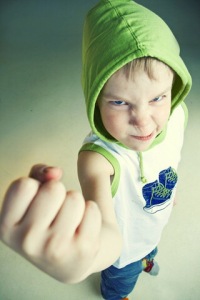 If the universe is not created by god he is not the boss he might not even exist. Lawrence Krauss a physicist explained it in a lecture that can be seen on you tube, about 33:15 minutes into the lecture: “The laws of physics allow a universe to begin from nothing. You don’t need a deity. Quantum fluctuations can produce a universe.” http://www.youtube.com/watch?v=7ImvlS8PLIo.  This is perfect! No god in our life. With no god we are responsible to no one. We are the masters of our life. We make the rules. The rules are not based on a standard bigger or beyond us. We can change them at will. There is no universal truth, right or wrong. Truth is what is true to me. My truth maybe different from yours. We can change the rules because there is no standard. Right and wrong can fluctuate just like quantum physics does.

In the first 5 words of the Word of God, God turns our universe upside down. Mankind does not want to be told what to do. Man wants whatever is right in his own eyes. But God tells us He created. Was creation started with a fluctuation, I don’t know. God’s account of His creation does not endorse or eliminate a fluctuation. But if creation was started with a fluctuation, then He is the author. With His authorship of the universe comes hatred of God. With creation comes a standard, a universal right and wrong and humankind did not write the laws. I am not the boss of me. I am created and belong to God.